It has been a while since I looked much at modern C++. I’ve started intentionally simple and was exploring some of the ways that a simple list can be iterated. I hate to say this, but I remember the days when the standard template library was not necessarily something that was the easiest to get working on Windows with a Microsoft C++ compiler in a simple, safe and reliable way. My, how times have changed for the better!

While the overall syntax of C++ lacks the refined and designed elegance of a C# application, it has come a very long way!

I’ve thrown together a simple sample. The code creates a list of strings, pushes (not add, arrgh!) strings onto the list, and then iterates through the list in three similar, but syntactically different methods below: 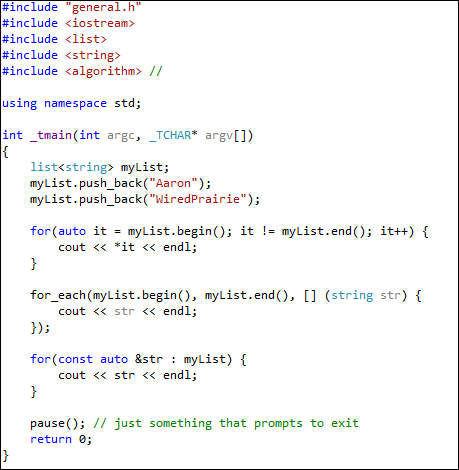 While the range-based for statement isn’t quite as readable as C#: 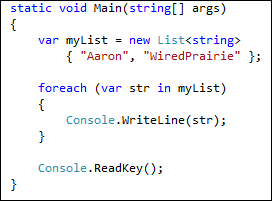 I think you might agree that the C++ version is more than passable, and nearly friendly! 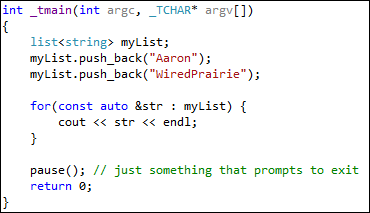 (Aside, there is a shortcut initializer list syntax that can be used with non-aggregate types in C++, so an int for example that would have gotten rid of the calls to push_back).