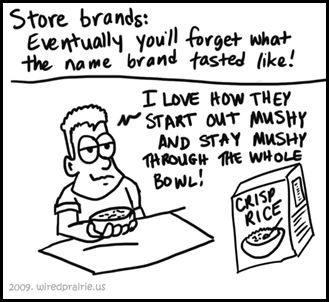 Yes, Google Maps, you’re more than welcome to have my current location (in Firefox 3.5 or Chrome). 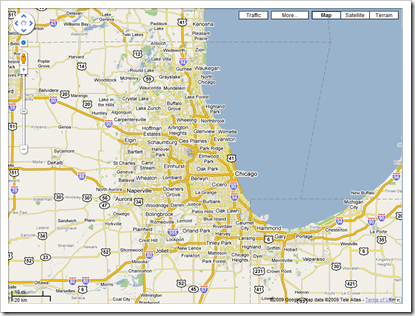 However, I’m going to be honest. I think our cat could do a better job of actually locating our house than you have done. I don’t expect house level pinpointing without a GPS – but I’m shocked how awful this is. It’s not even the right state!

What’s more strange, is that I know Google and other advertisers know our general location much better than this – as they’ll often use the name of a local town in an advertisement.

I used a web site, GeoBytes, which readily identified the local town where I get internet from. So, why can’t Google do the same?

Do you have any luck with this feature?

If you didn’t see the buzz about the Internet in the last 24 hours – where have you been? :)

Google announced officially that they are working on a new operating system, named Google Chrome OS (just rolls off the tongue doesn’t it?).

The few interesting points made in the announcement blog posting:

The point that interests me is #4, as the rest of it isn’t a surprise at all.

I’m not sure I understand how they’ll handle the various cameras, printers, mice, etc. that everyone will still want to use? That’s where Windows has a huge advantage today – the wide availability of hardware for Windows. If users can’t plug in their camera and just have it work, they’ll be frustrated (and print it of course). Thankfully, there are more standards around camera connections these days – but ….

What about RAW file formats for those of that don’t shoot JPEG for example? There are frequent updates from Adobe/Nikon/Canon/etc. to handle the constant stream of new file formats and changes that occur from each manufacturer. Maybe they’ve got this all figured out – but my experience with Linux in the past is that far too often a piece of hardware that worked fine with Windows isn’t recognized by the Linux.

I wonder what Microsoft will do about Silverlight? I’d be disappointed if it didn’t work on this new class of devices if it takes off. But, I also wonder about Flash support. Just because it’s Linux doesn’t mean that Flash will work. Google believes in HTML 5 so much that I can see them not being very “open” about making it work.