I was redeeming an Ultraviolet authorization code for a Universal movie, and needed to create an account. 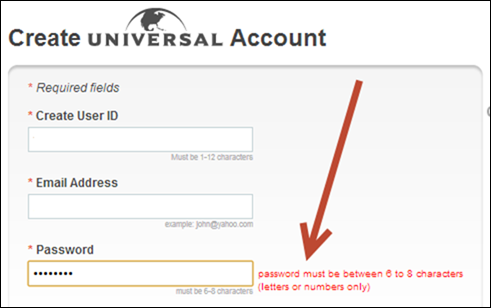 Passwords must be between 6 and 8 characters and letters or numbers! I thought the movie industry cared about protecting their assets more than this?

It’s hard to believe in 2013 that there’s a software developer and project manager that went ahead with this idiotic password requirement.

I just had need of reading a small JSON file into a Windows 8 application using the Windows Runtime.

What seemed like it should have been a common example on MSDN was not …, and after a bit of searching and reading, I believe the above code represents at least a common and safe way of loading data.

I’ve got a file called data.json stored in an Assets folder: 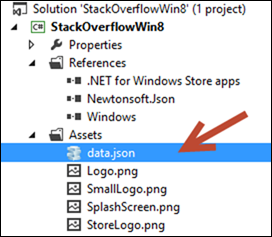 And the file’s Build Action is set to Content:

Change the value passed to the Uri constructor and … the file will be loaded successfully. Once loaded, I used the strongly typed generic DeserializeObject method to convert the Json data to a class called DemoData.